On the occasion of its 175th anniversary, the basque bicycle manufacturer Orbea has set up its first flagship store, Orbea Campus Barcelona, a space supposed to become not only a bike shop but also a reference and meeting point for the biking world in the city.

The challenge of this first Orbea Campus installation has been to translate the company’s values, technological innovation and respect for the environment, into an architectural image. The result of this process is defined by constructive sincerity and a unique presentation of the bikes on an architectural context that is typical of the city, trying to show and explain the materials bikes are made of, but also the way the space was built more than a hundred years ago. Presentation of products is then dominated by the background image of structure (either cast-iron columns, brick or stone walls) and some outstanding pieces made of wood (counter and bases for bicycles) which can be moved and organised as appropriate in each moment.

Very few finishes have been used for new partitions: plasterboard pannels in dark grey color, and steel sliding doors with translucent cellular polycarbonate. These partitions define the spaces of toilets, repair area or bike-fitting. Also, for bicycle storage, two big structures have been erected, as industrial containers, also produced with steel frame and surrounded with microperforated sheet metal, allowing visitors to move around but also to cross underneath. 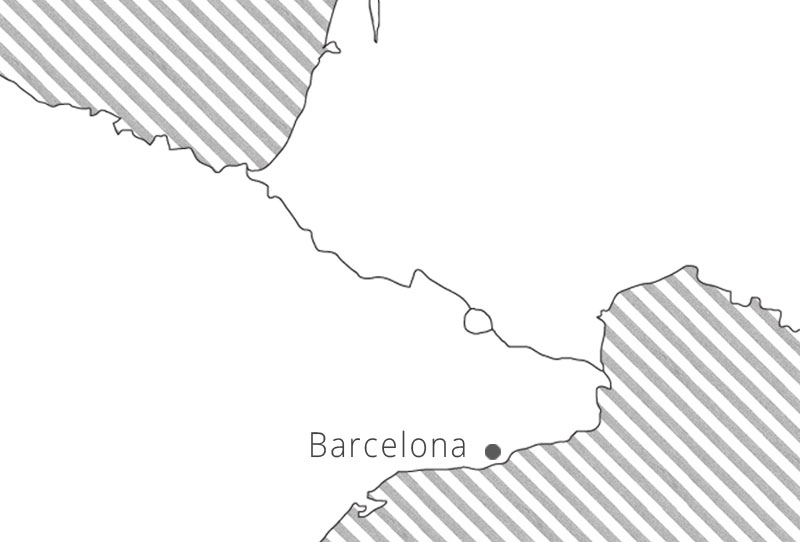 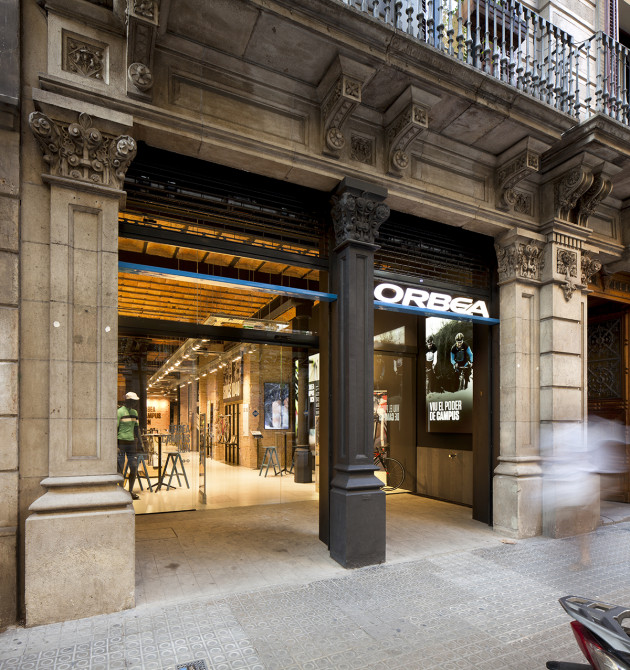 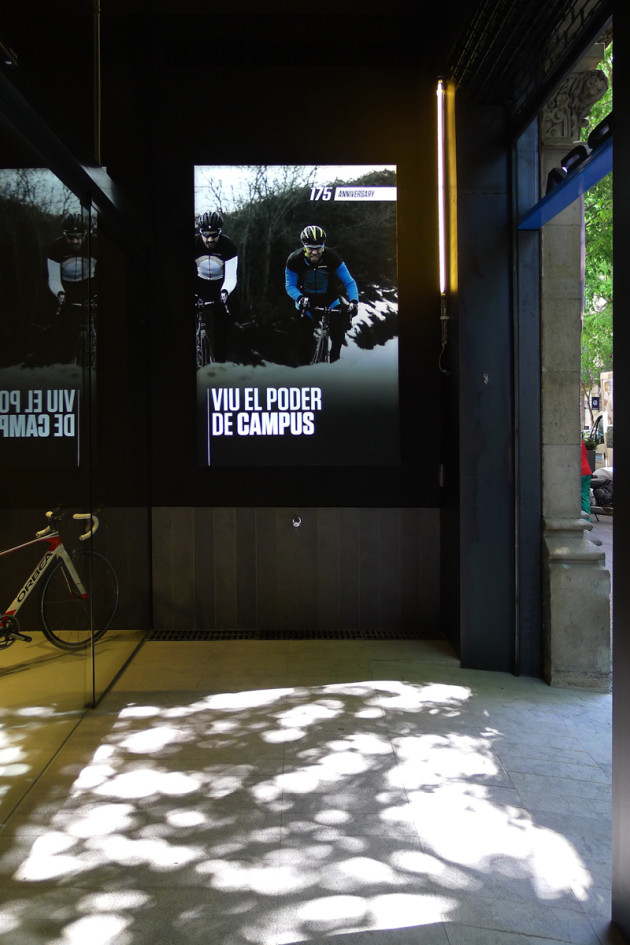 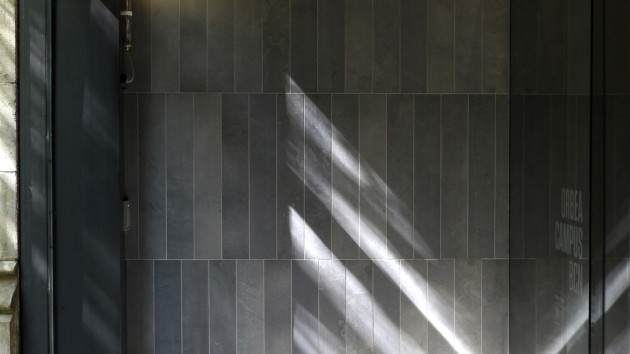 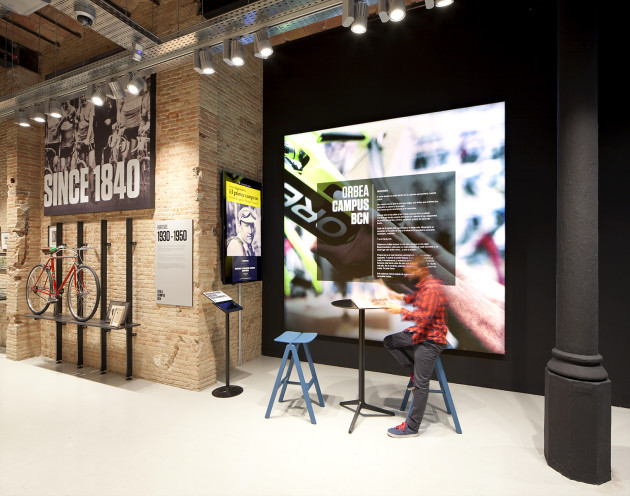 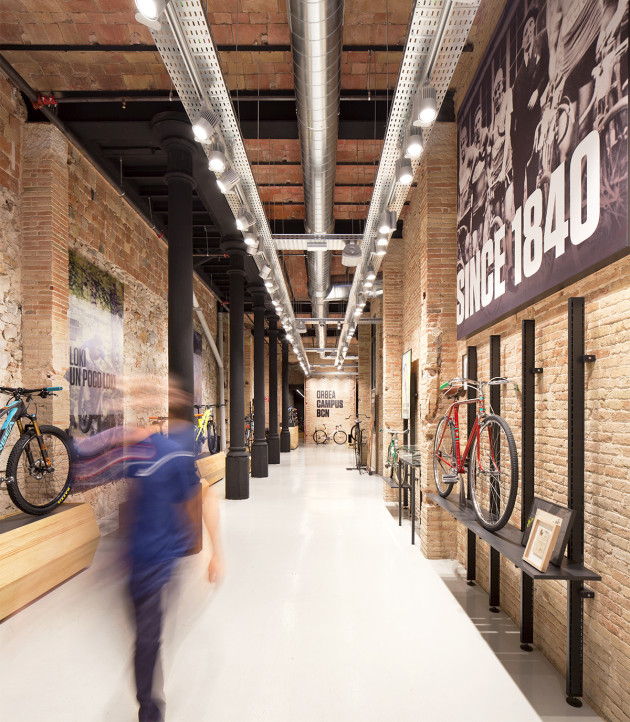 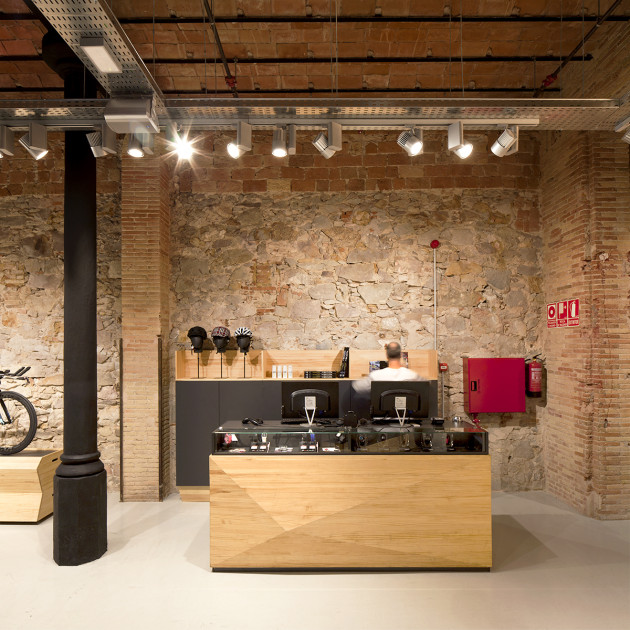 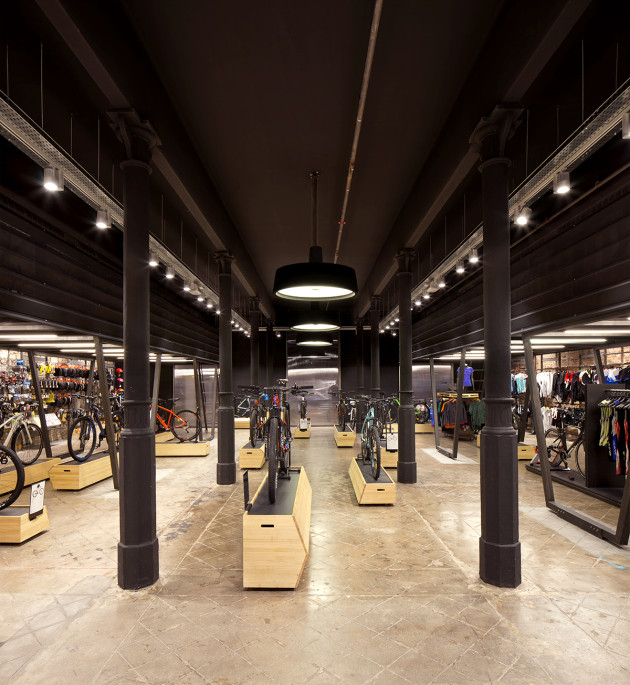 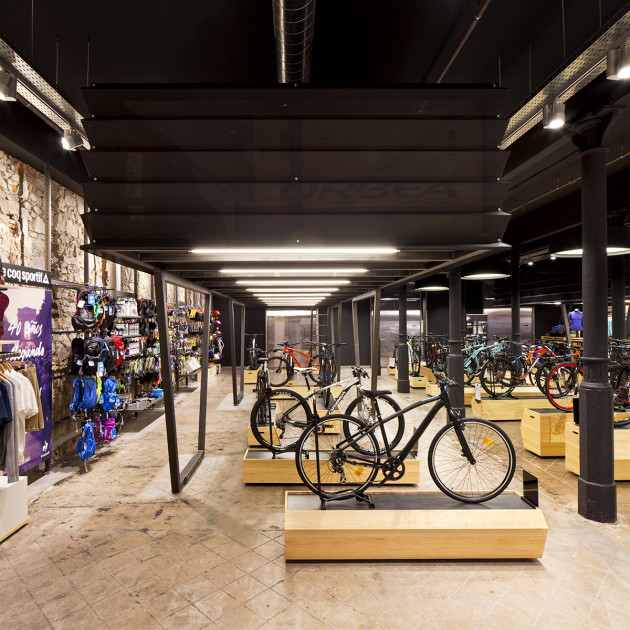 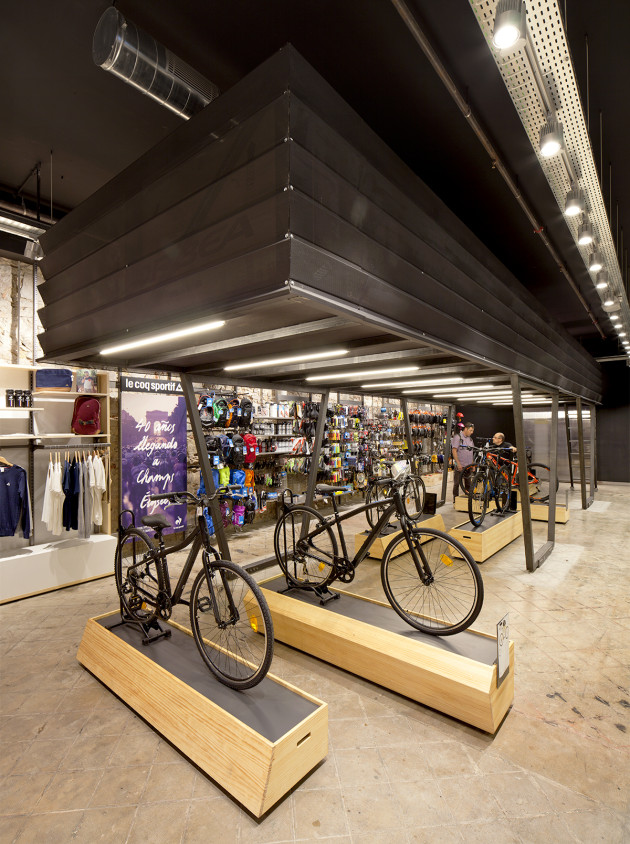 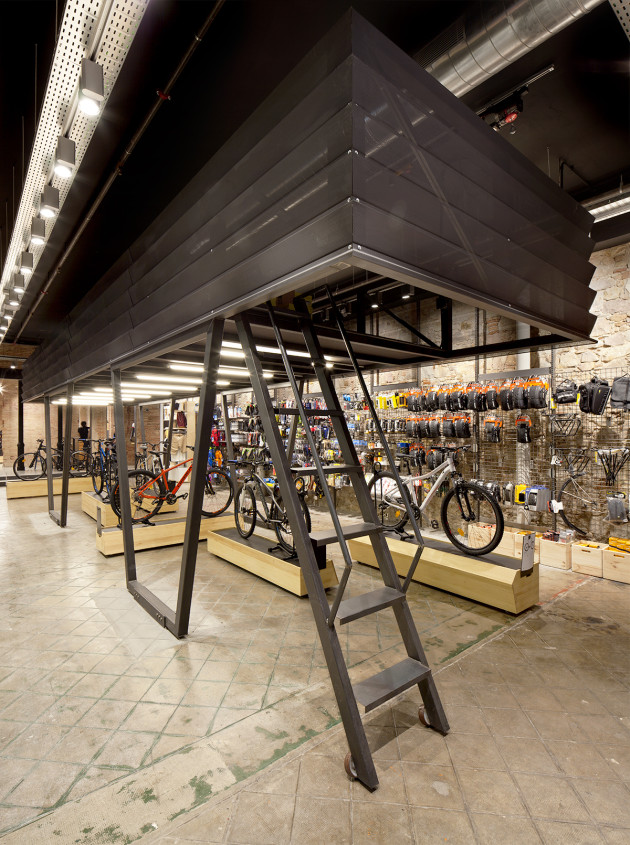 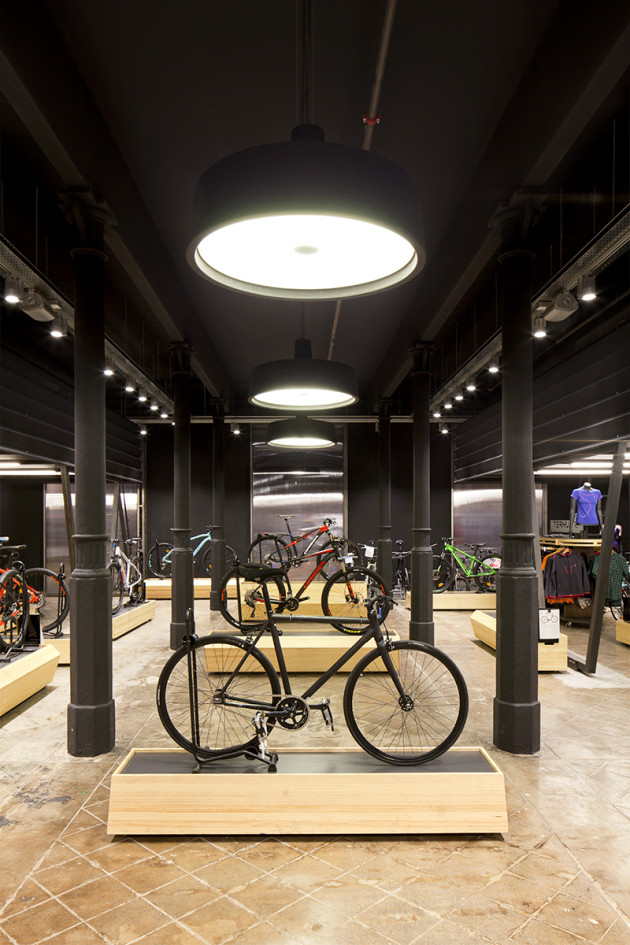 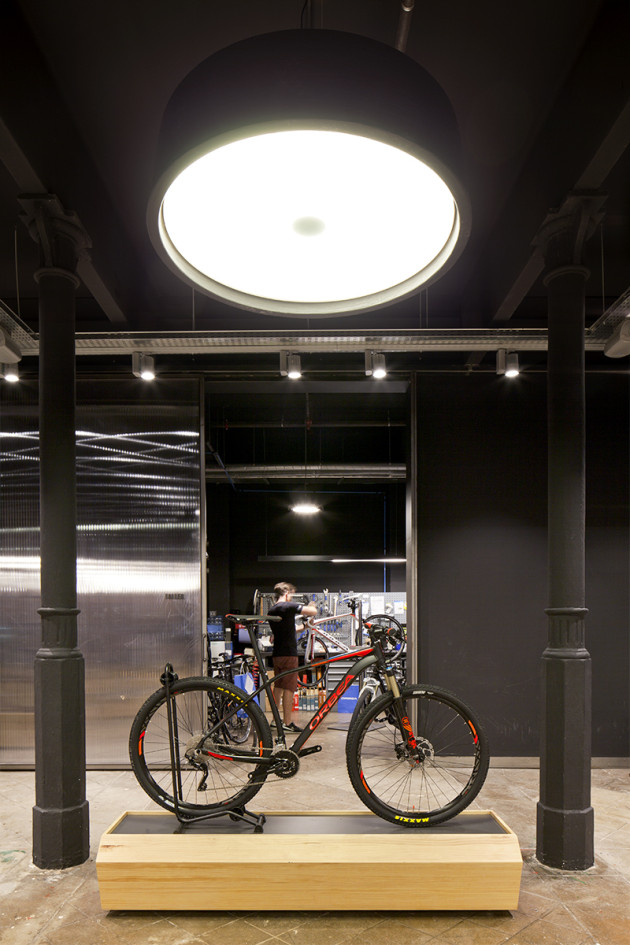 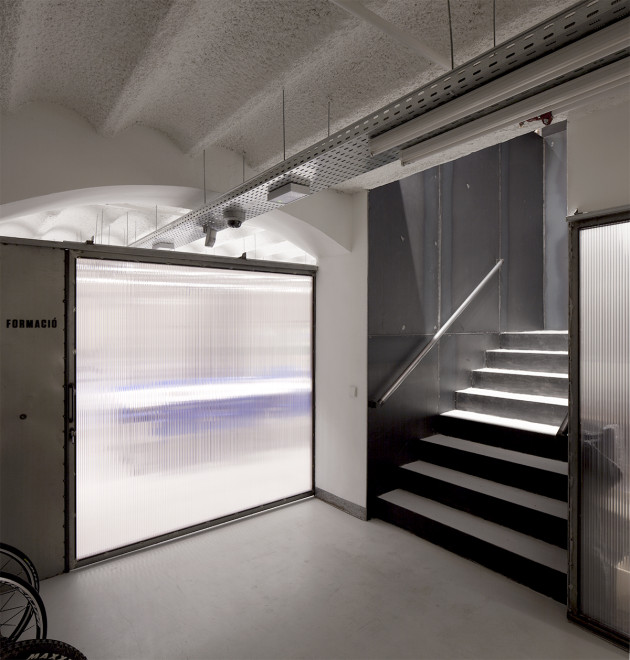 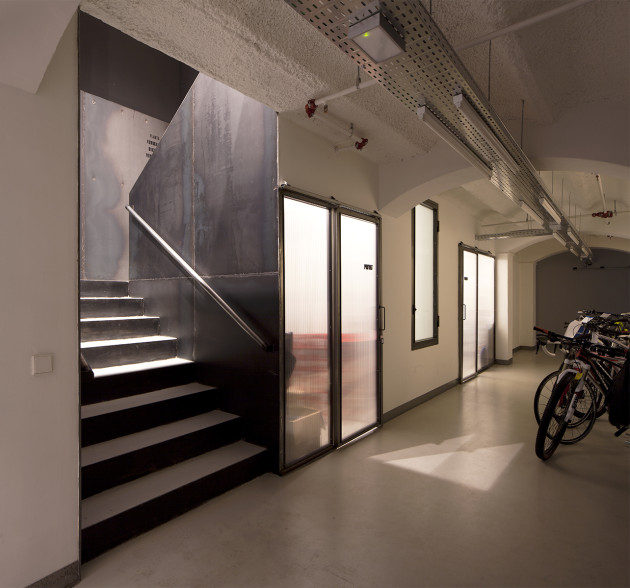 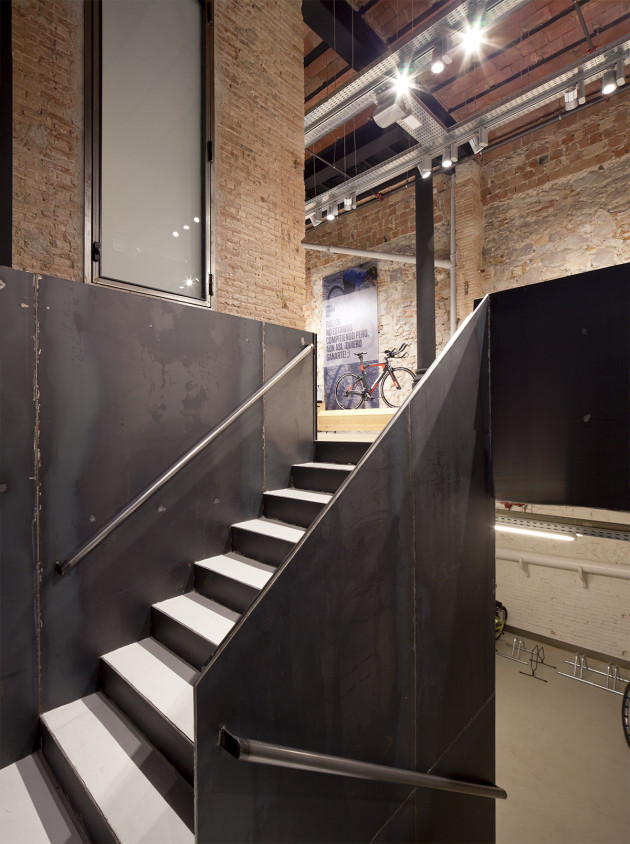 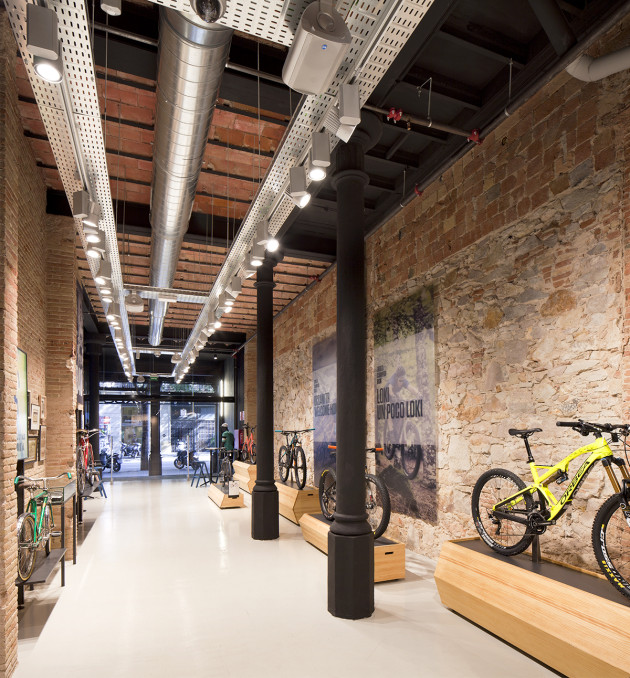 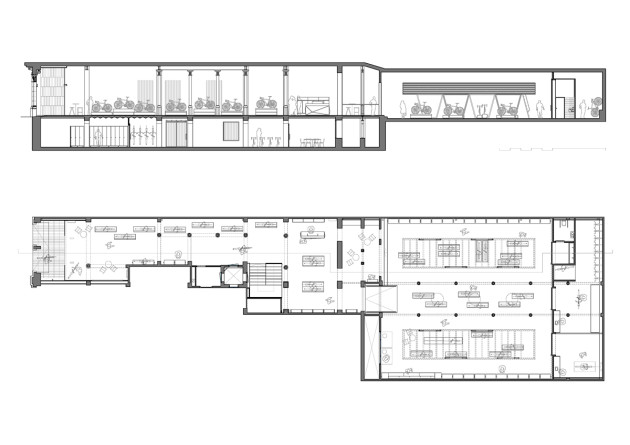