This building between party walls, in Sitges old town, shows the accumulation of successive layers from the 17th century, supposed date of origin of the construction. Despite being probably two former smaller houses with separate entrances, the building has been unified, and has suffered expansions and renovations of different value throughout its history, that have altered the original image. The current building has three levels that occupy the entire plot area (also including a mezzanine between on the ground floor) and two upper levels recessed from the main street façade, with a staircase tower which allows access to every flat roof terrace.

The project attempts to renovate the whole building and to reform the interior for it use as a single family home.

The structural scheme of bearing walls and wooden and steel beams is being maintained. The mezzanine is being removed in order to increase the height between levels, and the stairs from ground to second floor are being replaced by a new metallic one, wider and adapted to avoid the current steps between different rooms of the same level. Interior partitions will also be demolished to adapt distribution to the new housing program, as well as simplifying internal routes.

Regarding the façades, the project keeps the formal and aesthetic unity of the main façade , consolidating, repairing or replacing the affected elements. In the rear façade, however, now bricked up openings are recovered and new ones practiced. In this façade a new composition will regularize the position of the openings to harmonize the various construction stages, the same way that was done at any time on the street one.

+ see images of the construction 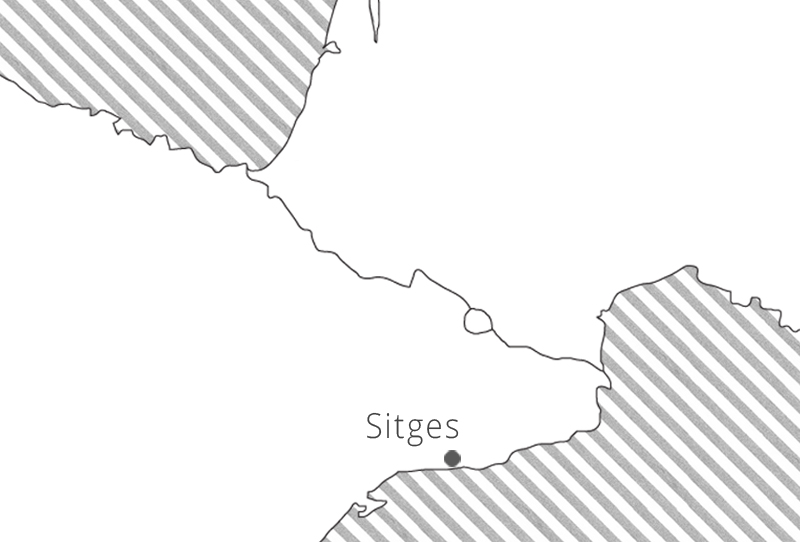 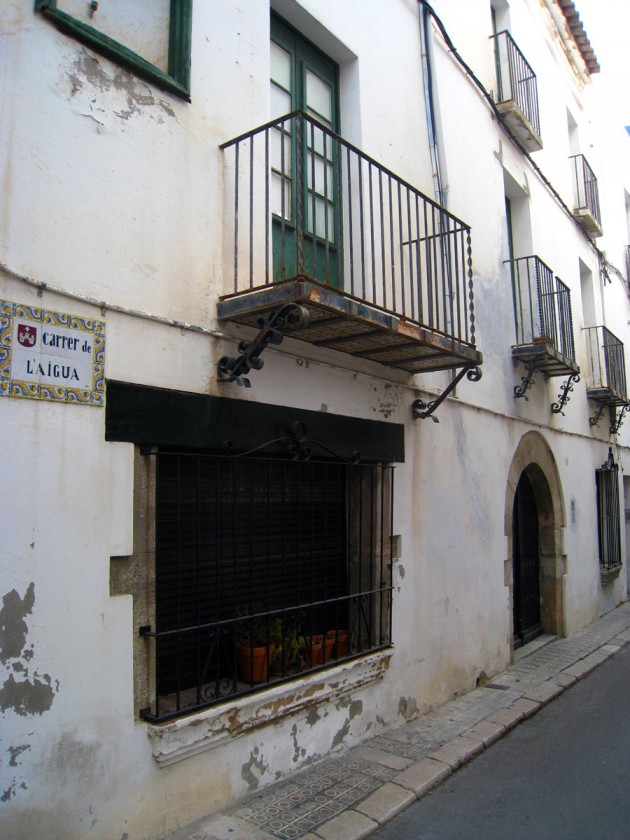 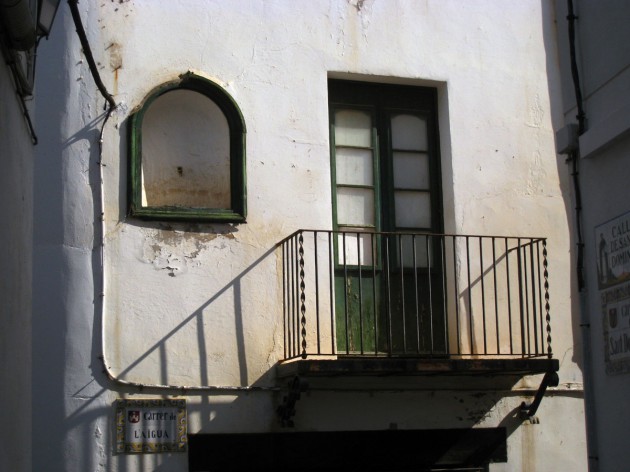 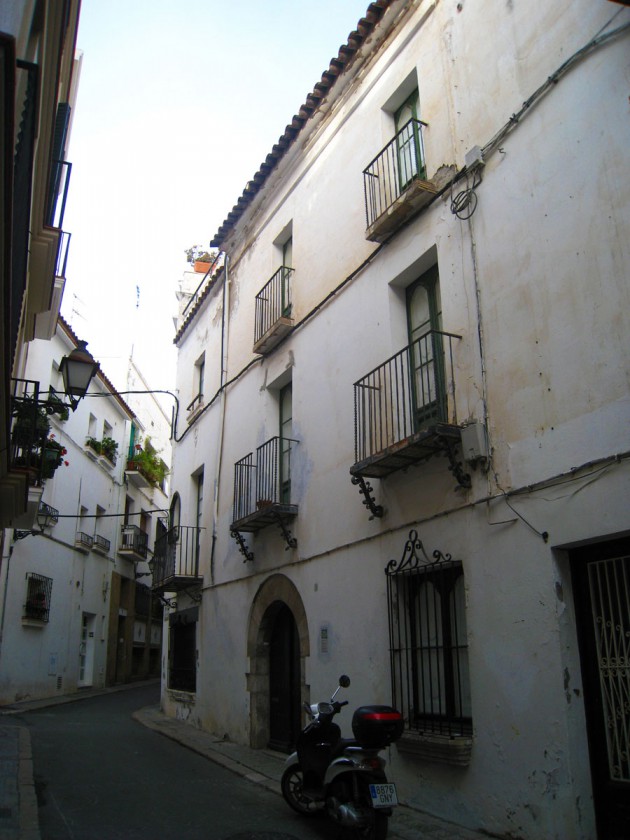 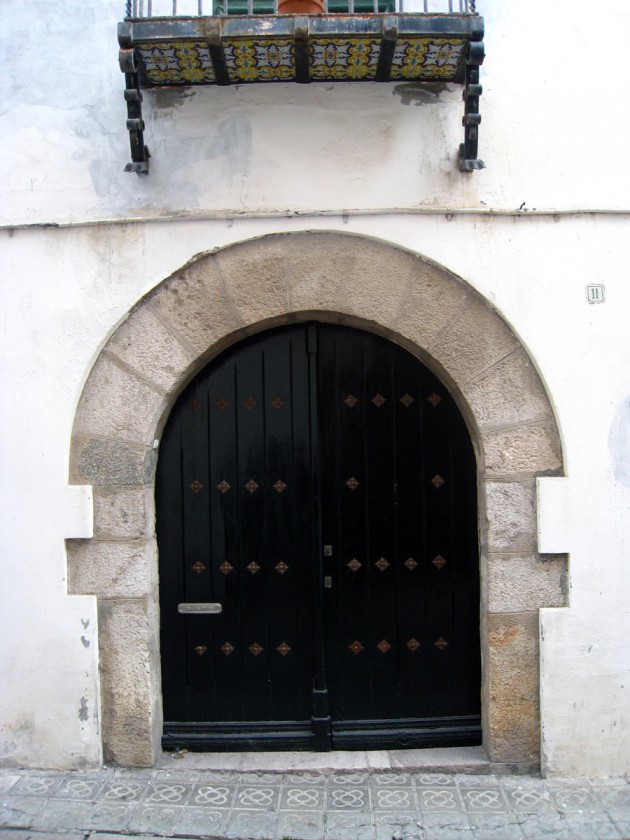 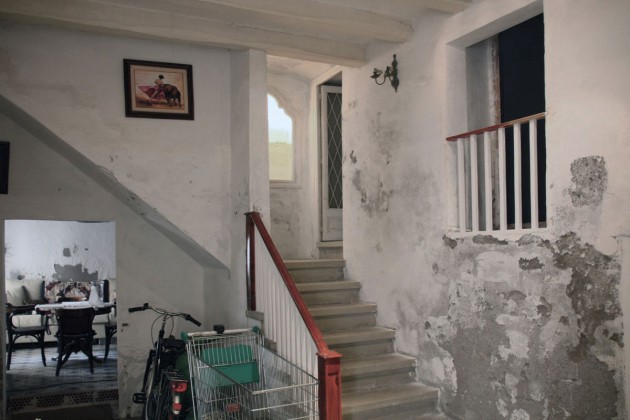 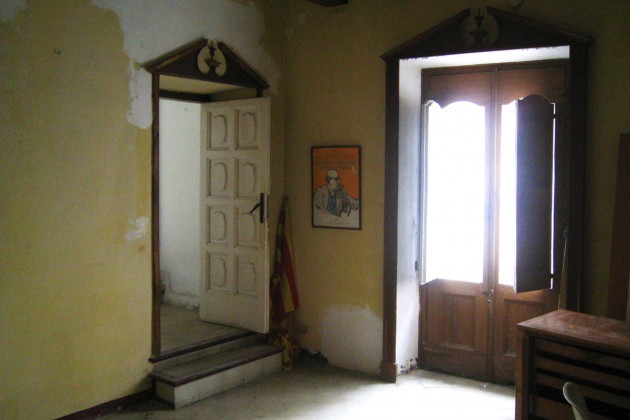 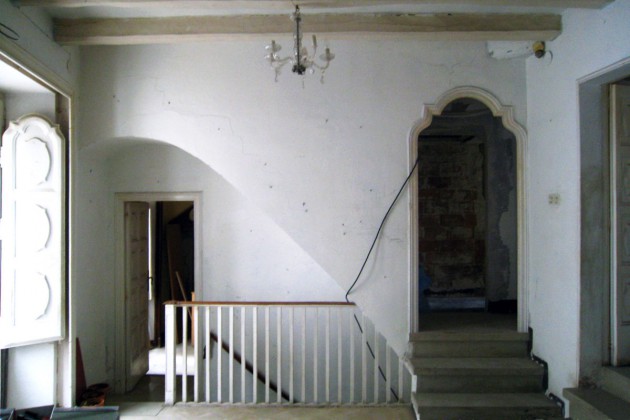 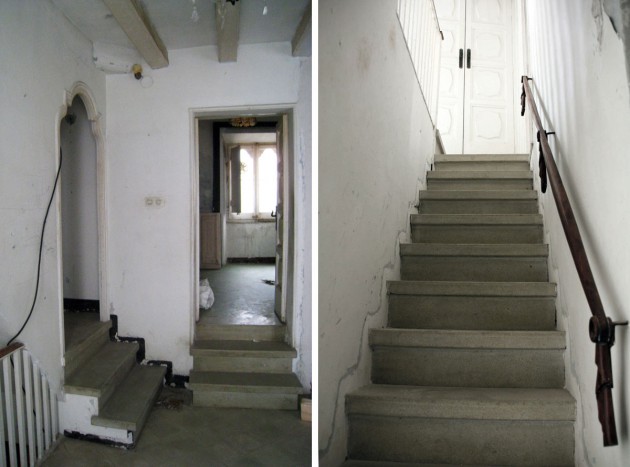 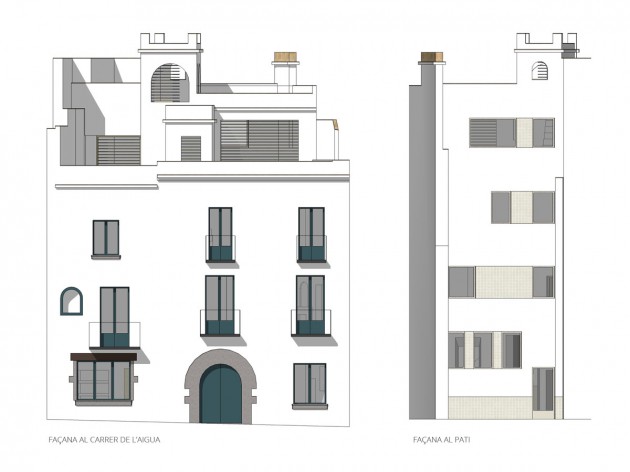 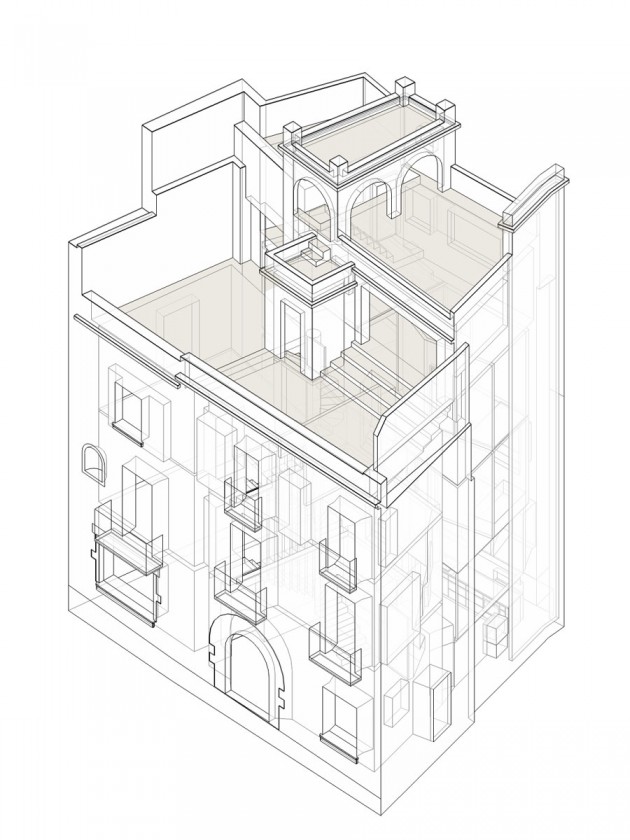 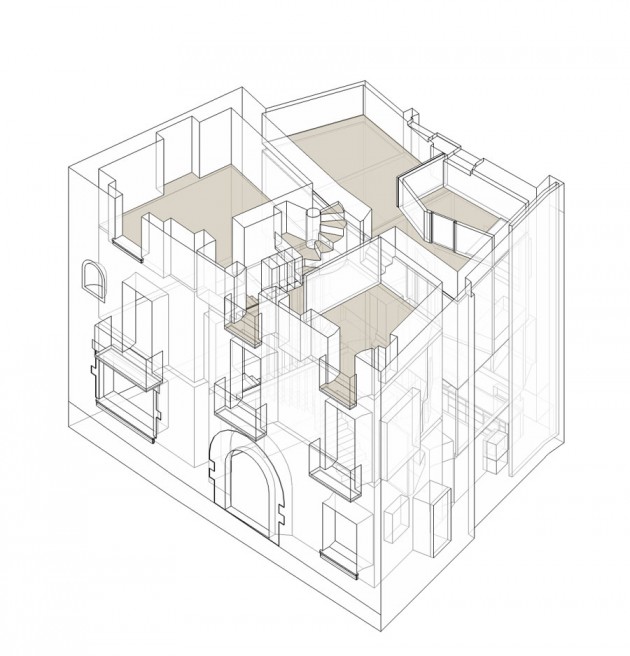 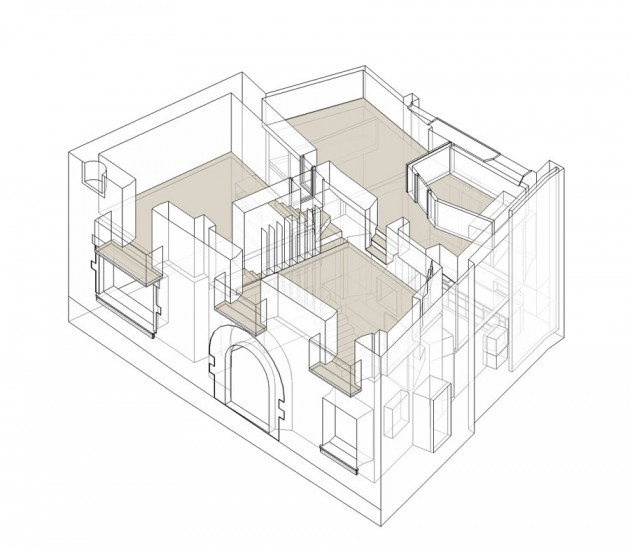 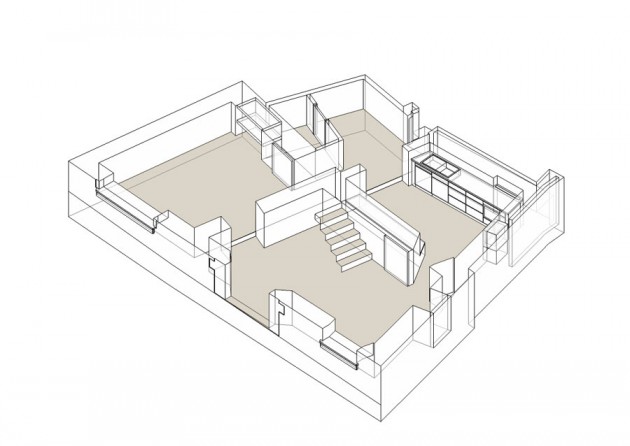